Intuitive animal communication involves listening and speaking directly to animals and nature, and is an important part of my fantasy, as well as something I’m exploring in real life.

In my stories, it’s called the True Language (although this can include more). It’s really a form of intuitive or psychic communication, a sensitivity to all life—including animals, insects, plants, crystals, rocks, and other parts of the environment. In my stories, this also includes the artificially intelligent machines of the Empire. 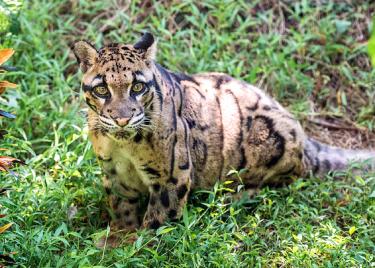 But it’s not only a part of my story world; it’s practiced by increasing numbers of people. To be honest, when I first heard about this, I couldn’t believe it. But as I’ve experienced many strange things in my life (and I already use intuitive communication with tarot) I’ve become less sure.

When I saw a video of a woman speaking to a black panther, and (especially) the reaction from the animal, I wanted to test it.

Recently, I’ve been reading a book by Marta Williams, in which she teaches communication with animals. The stories she gives are interesting, and sometimes quite funny.

Learning Their Language: Intuitive Communication with Animals and Nature

As she says, science is mostly silent about intuition and animal emotions. While science accepts case studies in some contexts, with intuitive animal communication case studies are dismissed as anecdotal data.

Yet some questions are being asked. Several months ago I read a report that asked whether fish might feel pain and expresses surprise at the possibility.

The only thing that surprises me is how anyone is surprised that other life has feelings. If it didn’t, how could it live and respond to the world around it?

I decided to experiment with the animals around me. This is an ongoing experiment, and although I’ve not reached any conclusions, the results have been interesting.

As I don’t care of any animals at the moment, my opportunities to practice are limited. Insects appear to respond to instructions—with the exception of ants—but I wanted to try this with larger animals.

On a recent trip to Taipei Zoo, I experimented on Yunhsin, the clouded leopard in the zoo. She had her back to everyone. I simply sent a message, and she turned, acknowledging me (or appearing to) before disappearing again from sight).

While I’ve had many experiences where there appears to be understanding, I’d like verifiable experience with animals where I can check details with people who know them well. That may be the subject of a future article. 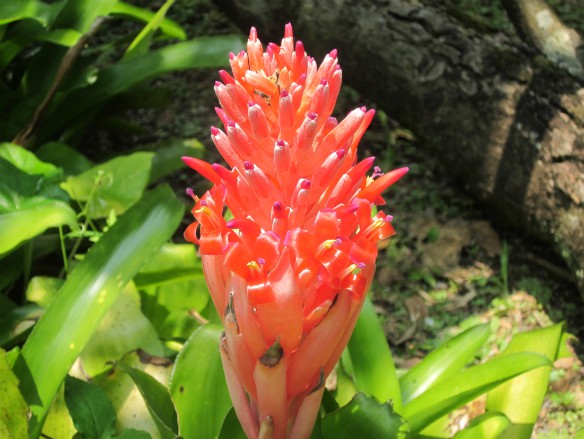 Intuitive Animal Communication in My Fiction

In Young Aina, Aina begins to learn how to communicate with nature. Here, she’s speaking with her father:

But I still wanted to know about the intelligent species, and I couldn’t stop asking questions.

“They speak the True Language. The language of all life; the language of ideas, thoughts, images, and emotions. It’s like telepathy. I tried to teach you when you were little.”

I remembered the lessons; I thought I’d understood Frank’s dog. But Frank hadn’t agreed. “Daddy, do you have magic?”

“We all have inner magic.”

That sounded like the beginning of a lecture. “Can you speak the True Language?”

“I mean, say it in your mind. Imagine hello.” I tried, but nothing happened. “What did you imagine?”

“When you say it, imagine what you’re speaking to. Like that flower, for example.” I couldn’t see any flower in the almost complete darkness. “Come closer.”

I touched it and could smell its pungent perfume. I tried again, several times. Then I stepped back. “It’s not working.” I walked further along the path, hoping to find something more interesting, but in the gloom, the forest was becoming boring. Then I noticed a change. I turned and saw a bright blue flower shining in the darkness. “Daddy, was that me?”

I wasn’t sure if it was true; I knew that he sometimes tried to help me. But I immediately tried with every flower I saw, and, one by one, the flowers of the forest lit up. It felt as if I’d woken them. “The forest is alive.”

“You knew that anyway,” he said.

I ran from plant to plant. “Look at that fruit! It’s shining, too.”

“The forest is learning to trust you.”

I looked at him suspiciously. Maybe he was helping me. I tested it on a flower he hadn’t seen, and nothing happened. “I want to do this myself,” I said, annoyed with him.

He grinned. “How did you know?”

“I tried it on those black flowers, and they didn’t light up for me.”

However, a few years later she’s learnt intuitive animal communication. Here’s a short extract from the beginning of The Huntress of Prometheus that shows her connection to the ancient forest:

A red flower shone as I walked towards the edge of the forest. This was a place where the flowers still responded to magic and brightened to any who appreciated their beauty, and where a word could pacify the vicious, snapping vines that had once terrified me so much.

By the time she’s a young woman, she can speak fluently. Here, in Blue Prometheus, Aina speaks to a glimmer leopard, a large and rare animal, that has entered her city:

Aina walked towards the glimmer leopard. People in the crowd watched her. The leopard snarled, its ears pushed back flat against its head.

She stopped in front of the leopard and stood very still. She looked into its eyes, which were level with hers. Her mind touched the leopard’s, and its eyes widened for a moment. Aina spoke the True Language of ideas and images, as she’d been taught as a child. Although it was not one of the intelligent species of Prometheus, it was an intelligent animal. It understood. Its ears slowly returned to a relaxed position. It watched her.

“Leave,” she said, but the leopard was curious and looked around the crowd of humans. She warned again of its danger, more urgently. The creature turned back to the breach in the wall. Suddenly she sensed a change, and so did the leopard. It turned and growled lightly. 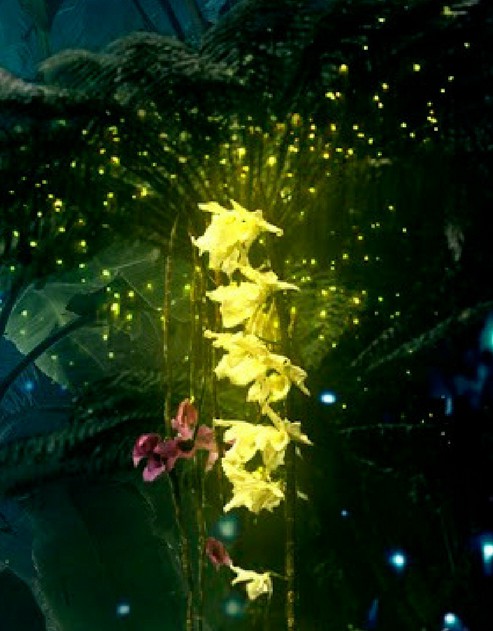 A yellow flower in the ancient forest.

All the heroes of the Blue Prometheus Series learn intuitive animal communication, but it’s Lucy who eventually becomes the master. Here’s a short extract from The Darkling Odyssey, and it shows why she became a vegetarian during the course of that story:

Her thirst was so strong that the smoky water tasted good. They filled their water bottles. Seeing a patch of mushrooms, she walked over to them, knelt down, and spoke.

Thomas and Victor joined her. “Are they edible?” Thomas asked.

“Yes.” She picked some and began to eat.

“How do you know?” Victor asked.

Victor took a bite and then hesitated. “Isn’t this like eating your friends?”

“The first time I spoke to animals was the time I stopped eating them, but plants are a bit different. They don’t object as much to being eaten.” She grinned at the look of perplexity on the old man’s face.

How is Intuitive Animal Communication Possible?

When I’m writing fantasy stories, I’m playing, and having fun with ideas, but the ideas are based on what I’ve seen and experienced—partly with intuitive animal communication, partly with my study of tarot, and partly with life experiences in general.

But how could any of this be possible? It’s clear that from the present scientific view of the world, from the point of view of an objective physical reality, intuitive animal communication is impossible.

But if you look at the world from the point of view of subjective reality—that the universe is closer to a shared vision or a vivid dream, and that we are all connected—all parts of one whole. Then much that wouldn’t otherwise make sense, becomes possible.

Subjective reality will be the topic of future articles…