Here are some fantasy quotes both about and from fantasy...

Fantasy is escapist, and that is its glory. If a soldier is imprisoned by the enemy, don’t we consider it his duty to escape?. . . If we value the freedom of mind and soul, if we’re partisans of liberty, then it’s our plain duty to escape, and to take as many people with us as we can!”

"Fantasy is the only canvas large enough for me to paint on." 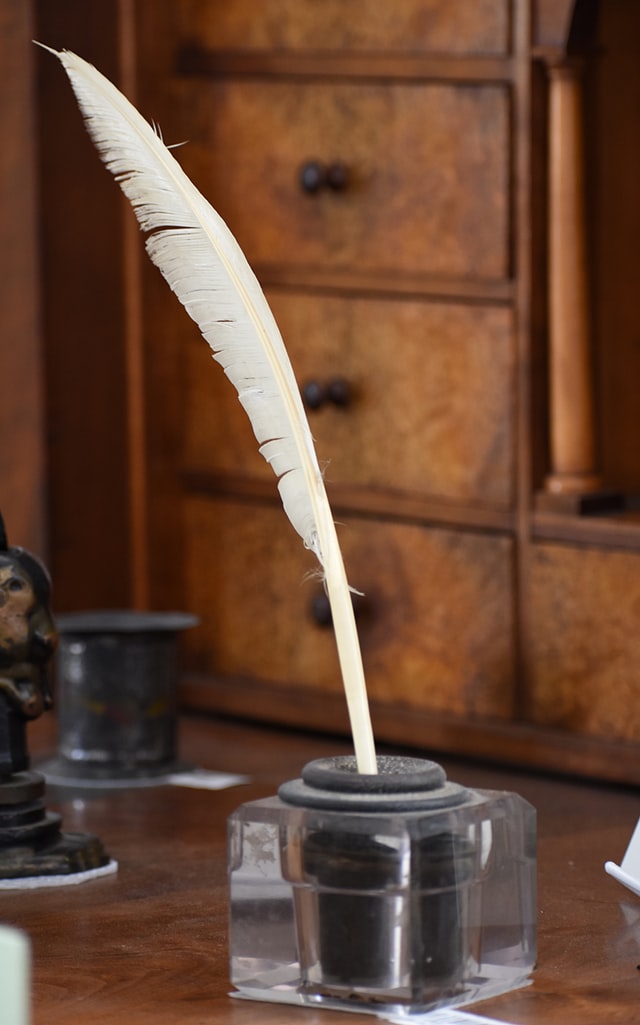 “I'd like to say a few words about escapism. I hear the term bandied about as if it's a bad thing. As if "escapist" fiction is a cheap opiate used by the muddled and the foolish and the deluded, and the only fiction that is worthy, for adults or for children, is mimetic fiction, mirroring the worst of the world the reader finds herself in.

If you were trapped in an impossible situation, in an unpleasant place, with people who meant you ill, and someone offered you a temporary escape, why wouldn't you take it? And escapist fiction is just that: fiction that opens a door, shows the sunlight outside, gives you a place to go where you are in control, are with people you want to be with (and books are real places, make no mistake about that); and more importantly, during your escape, books can also give you knowledge about the world and your predicament, give you weapons, give you armour: real things you can take back into your prison. Skills and knowledge and tools you can use to escape for real.

As JRR Tolkien reminded us, the only people who inveigh against escape are jailers.”

“Fantasy is hardly an escape from reality. It's a way of understanding it.”

“Stories of imagination tend to upset those without one.”

“Humanity’s a nice place to visit, but you wouldn’t want to live there.” Witches Abroad

“Fantasy is an exercise bicycle for the mind.”

"If you are going to write, say, fantasy - stop reading fantasy. You've already read too much. Read other things; read westerns, read history, read anything that seems interesting, because if you only read fantasy and then you start to write fantasy, all you're going to do is recycle the same old stuff and move it around a bit."

"For fantasy is true, of course. It isn't factual, but it is true. Children know that. Adults know it too, and that is precisely why many of them are afraid of fantasy. They know that its truth challenges, even threatens, all that is false, all that is phony, unnecessary, and trivial in the life they have let themselves be forced into living. They are afraid of dragons, because they are afraid of freedom." From The Language of the Night: Essays on Fantasy and Science Fiction.

“Critics who treat ‘adult’ as a term of approval, instead of as a merely descriptive term, cannot be adult themselves. To be concerned about being grown up, to admire the grown up because it is grown up, to blush at the suspicion of being childish; these things are the marks of childhood and adolescence. And in childhood and adolescence they are, in moderation, healthy symptoms. Young things ought to want to grow.

But to carry on into middle life or even into early manhood this concern about being adult is a mark of really arrested development. When I was ten, I read fairy tales in secret and would have been ashamed if I had been found doing so. Now that I am fifty I read them openly. When I became a man I put away childish things, including the fear of childishness and the desire to be very grown up.”

“They can keep their heaven. When I die, I’d sooner go to Middle-earth.”

"Start with short stories. After all, if you were taking up rock climbing, you wouldn't start with Mount Everest. So if you're starting fantasy, don't start with a nine-book series."

"The best fantasy is written in the language of dreams."

And two quotes on imagination...

“Imagination is everything. It is the preview of life's coming attractions.”

"All the works of man have their origin in creative fantasy. What right have we then to depreciate imagination."

“When religion and politics travel in the same cart, the riders believe nothing can stand in their way. Their movements become headlong - faster and faster and faster. They put aside all thoughts of obstacles and forget the precipice does not show itself to the man in a blind rush until it's too late.”—Dune

“It is so shocking to find out how many people do not believe that they can learn, and how many more believe learning to be difficult.”—Dune

“Once men turned their thinking over to machines in the hope that this would set them free. But that only permitted other men with machines to enslave them.”—Dune

“A killer with the manners of a rabbit - this is the most dangerous kind.”—Dune

“I swear, my dear. Sometimes our conversations remind me of a broken sword." She raised an eyebrow. "Sharp as hell," Lightsong said, "but lacking a point.” Warbreaker

“Friends can betray you, but with an old enemy, you always know where you stand.” — Krondor: The Betrayal (The Riftwar Legacy)

“Pick your enemies more carefully than your friends, they will be with you longer.”—Half a King (Shattered Sea)

"Besides, I like libraries. It makes me feel comfortable and secure to have walls of words, beautiful and wise, all around me. I always feel better when I can see that there is something to hold back the shadows."—Nine Princes in Amber

"My name is Kvothe.

I have stolen princesses back from sleeping barrow kings. I burned down the town of Trebon. I have spent the night with Felurian and left with both my sanity and my life. I was expelled from the University at a younger age than most people are allowed in. I tread paths by moonlight that others fear to speak of during day. I have talked to Gods, loved women, and written songs that make the minstrels weep.

You may have heard of me."—The Name of the Wind

I couldn't resist some good book quotes too...

"I find television very educating. Every time somebody turns on the set, I go into the other room and read a book."

"Outside of a dog, a book is a man's best friend. Inside of a dog it's too dark to read."

"You can't get a cup of tea big enough or a book long enough to suit me."

"Books are a uniquely portable magic."

"I kept always two books in my pocket, one to read, one to write in."

I'll add new fantasy quotes to this page as I find them. If you know of any interesting, funny, or moving fantasy quotes, whether it's from epic fantasy, contemporary fantasy, science fantasy, or any other subgenre, let me know via my contact page or reply to one of my newsletters.