Fire Rising is the final book in the Blue Prometheus trilogy.

The planet of Prometheus is administered by the Deep Space Trading Company—a proxy for the empire which stretches across the solar system—that rules through science, sorcery and pure force. The resistance to the empire—Thomas, Lucy, and the others fighting with them—are believed dead. Lord Frore, a dark sorcerer, claims to have seen them die before his eyes deep within the planet’s core. 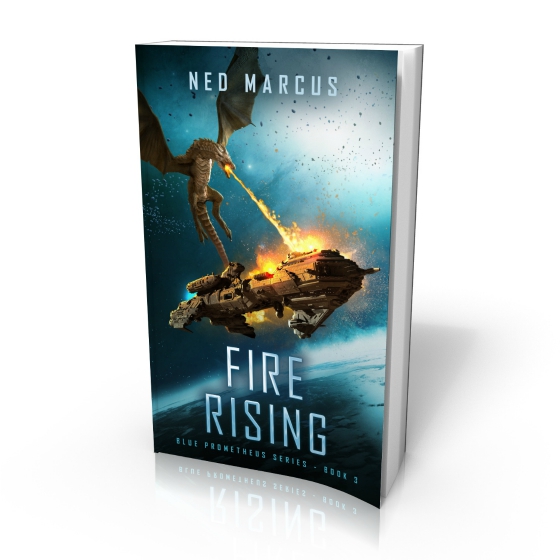 Believing it has complete control of the planet, the empire is excited to commence full exploitation—the rich mineral resources and unusual plant life, with many special properties, are too attractive to resist. Even the emperor himself plans to travel from the inner planets to celebrate his great achievement.

But deep within the planet, the heroes, Thomas and Lucy still live, and they lead a small force up through the planet.

And, within the ancient forest, the intelligent species of the planet, dismissed as animals by the civilised occupiers, are ready to rise.

The forces Thomas and Lucy face are formidable, combining, as they do, dark magic and technology. To combat the empire, they need more than a small force of fighters.

They must raise the Fire of Prometheus, a powerful magic with the ability to raise the consciousness of life on the planet and beyond. It can also help them oppose the emperor.

But the Fire has a heavy cost.

And, to Lucy’s concern, Thomas is distracted by his obsession that Aina, the woman who sacrificed her life for him, has been reborn.

Despite her best efforts, she can’t convince him of his mistake, which opens him up to imperial manipulation.

Thomas refuses to accept that she won’t return.

What Appears As An Animal May Be More Than You Think

For years, scientists have argued against the commonly held view that animals have emotions and feelings, often insisting they work on instinct alone.

But for anyone who’s spent much time around animals, it’s clear that they do have emotions and feelings.

How intelligent or conscious they are is a different question.

These are issues I touch on in Fire Rising.

The honest answer is that we don’t know because we don’t experience life as they do.

Even the way we attribute human qualities to other humans has varied dramatically through history and not always positively.

With species like dolphins and whales, it’s extremely hard to tell because they’re so different.

One problem is that the tests of intelligence and consciousness are heavily influenced by how WE perceive the world. They may simply experience the world very differently.

Back to Fire Rising. The intelligent species of Prometheus appear dumb to most people. After all, they have no language.

But not everything is as it seems.

The intelligent alien species of Prometheus may appear dumb, but they have ways of communicating that few humans can imagine.

The dragons in Fire Rising have a complex telepathic language and a rich culture unknown to other species. The rocs, too, large intelligent birds with a songlike language, can also speak the telepathic True Language.

Lucy is one of few humans able to speak the True Language. 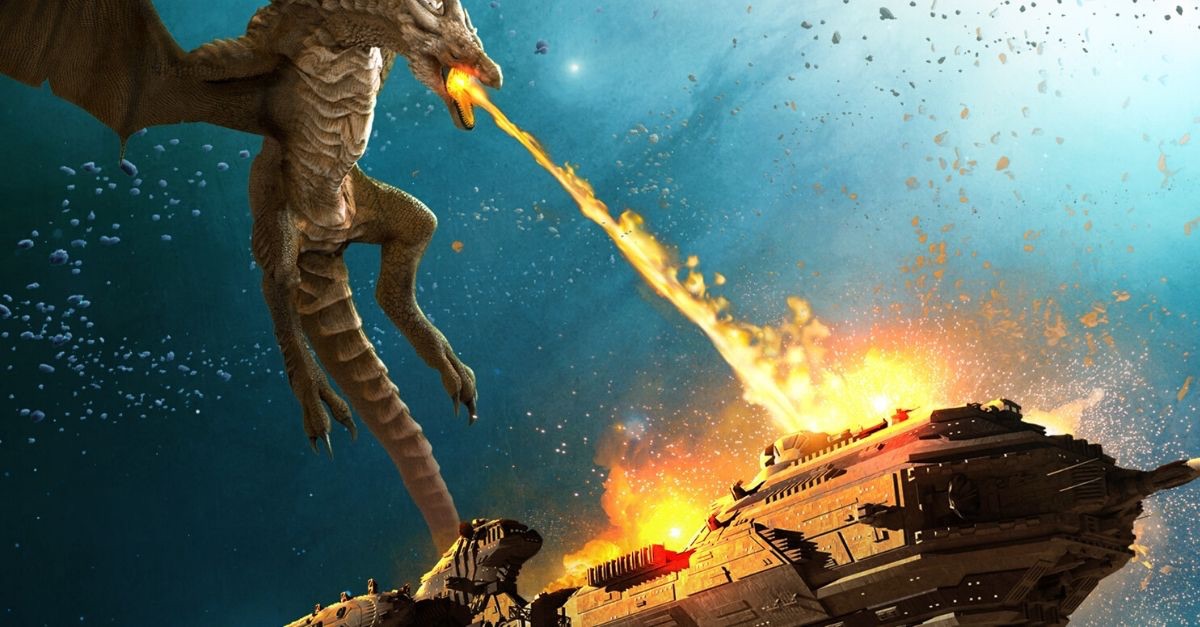 Rebirth is another theme in Fire Rising (and throughout the Blue Prometheus trilogy).

When Aina told Thomas that she’d return, he understood her to mean literally. Lucy’s reasonable argument against this is that to be reborn would mean being reborn as a baby.

Thomas can’t accept this. He wants Aina as she was. The truth may be different from what he expects.

The settings for Fire Rising range from the deep inner regions of the planet, to the vast ancient forest, into outer space, and as far as the planet’s moons. But the story begins in the mountains inhabited by the dragons. Here’s a short extract from the beginning of Fire Rising.

The Prologue from Fire Rising

Far away, in the distant peaks of the Eastern Rim, a golden dragon was born. She shone in the early morning sun, her scales glittering brightly as she crawled from her cracked egg towards the frothing pool.

But her difference unnerved some—she was smaller and brighter than a normal dragon. Older dragons watched from the shore of the mountain lake, while the rest of the newly born Tangle croaked at their tiny sister as she struggled towards them.

A fighting red dragon, one of the Thunder, spread his wings in the cold wind. “The worm’ll die!” He spoke in the True Language—the telepathic language of dragons. Others agreed: only the strongest survived.

She slipped on the rocks, but struggled up again, and crawled on towards the water and the other wingless dragons of her Tangle. She felt the pain of her past lives as they flickered through her mind. She knew she was born to struggle, but slowly her memories faded, and the tiny golden dragon slipped into the lake.

Many of the dragons gathered around the shores of the mountain lake bellowed, waiting for the first struggle of life to begin. Only the great black dragon, the First of the Wisdom, watched silently as the Tangle swirled in the water.

The bright golden dragon joined the group of immature dragons, each two or three times her size, as they rushed beneath the frigid surface of the lake. Steam rose from the cold water as the young dragons adjusted their inner fire. When an immature maroon dragon blasted his feet with fire, a larger dragon hopped back from the water’s edge to bellows of laughter. The maroon dragon, one of the largest of the Tangle, dived back beneath the surface, rejoining the swirling mass of his brothers and sisters.

When some of their brothers attacked a sister, the golden dragon swam at them, knocking them away with her snout. When her larger brothers turned on her, she backed off, readying herself to fight.

“She’s finished,” one of the Flight whispered. But the maroon dragon swam close to her, sending away their more aggressive siblings. They continued to chase and fight in the swirling waters. Many tried to bite the golden one, but she was faster. It was almost as if she knew where they would be before they did as she twisted and turned in the water.

Then the atmosphere changed. The golden dragon seemed to be calming them. The Tangle had gathered around her. She appeared to be speaking to them.

“What’re they doing?” one of the Flight asked.

A few of the older dragons hissed in frustration; this was not the first struggle of life they’d expected to witness. The red sent a forceful stream of fire into the frigid water.

The tiny golden dragon leapt from the water, stumbling over the rocks. From there, she issued an immature bellow in challenge to the red. She’d exposed herself to attack from behind, but from the lake there was silence—the young dragons watched their sister.

“At least she has spirit,” the fighting red said.

Where You Can Buy Fire Rising

Fire Rising is available on all major online booksellers:

Tolino and many smaller booksellers.

Fire Rising is available in ebook, paperback, and hardback editions. You can order it from your local bookshop or ask your library to stock it.

"Exciting conclusion! Lucy and Thomas struggle with the inner fire they claimed in the heart of the planet while the Emperor's armies swarm into the ancient forest to subdue the wild animal life and lay claim to the rich resources. Lucy rallies the intelligent bird-like Rocs, Thomas chases his dream of finding Aina reborn, and the awakening dragon clans rise to meet the invasion," by Erin MacMichael (Amazon US)