Synchronicity In My Life And Fiction

Sometimes, seemingly connected events occur at the same time, even though there appears to be no connection at all. Recently, I experienced such a chain of synchronicity. On a bus journey into Taipei, I was rereading Synchronicity—An Acausal Connecting Principle by C.G. Jung. His work on synchronicity was his attempt to understand the paranormal, which appears in my fiction (although I don’t write paranormal stories, but fantasy with some paranormal experiences).

It’s been years since I’ve read his books (when I was a psychology student—unknown to my professors—I read many). Recently, I reread this and another of his works. Apart from interest, I also often look for ideas to put into my stories (in Blue Prometheus, the protagonists lives depend on them listening to their unconscious and developing their intuition), and I’m curious about the old magical view of the world discussed in parts of this book—a time before rationalistic thinking became common. 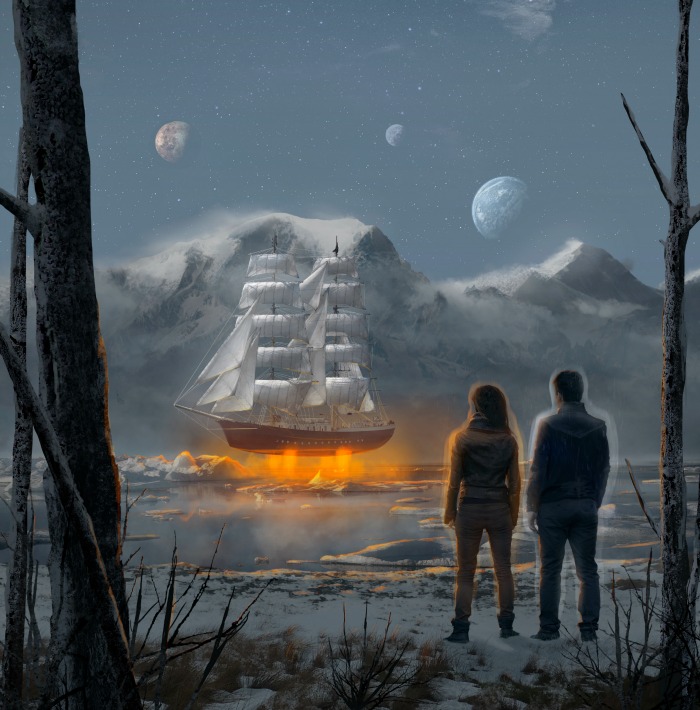 An Image from Blue Prometheus

On arriving in Taipei, I ate lunch at a restaurant in Gong Guan. I sat next to an old man with a wispy white beard. He asked me some of the questions asked thousands of times to foreigners abroad. Usually I just nod and smile, but I decided to speak to this man. I’m pleased I did.

His name was Albert Lin—previously a physicist and politician—and interesting to speak to. But it was the series of meaningful coincidences in time (to use Jung’s definition) that followed that interested me most.

We had three uncommon things in common:

Of course, this made me think more about meaningful coincidences. I don’t believe in the modern psychological view that it’s merely apophenia, nor with the general scientific view that it’s just chance. I’m closer to the old view that it’s a sign from the unconscious.

Synchronicity & the Magical View of the World

“In body and spirit man is ‘the little God of the world,’ the microcosm. Like God, therefore, man is a centre of events, and all things revolve about him…”

Jung discusses this worldview (he was writing around 1950).

"This thought, so utterly strange to the modern mind, dominated man’s picture of the world until a few generations ago, when natural science proved man’s subordination to nature and his extreme dependence on causes."

During the 18th century this magical view of the world, where all is due to magical influence and signs are expected, disappeared. But it never completely disappeared, and research on psychic phenomena has continued, as has an interest in many aspects of spirituality.

I've got no wish to return to the old magical worldview, although I sometimes like to play with it in my stories. Synchronicity’s real and quite common, although, unlike Jung, I believe there are causes, but they’re more likely to be psychic than physical.

It seems most likely (to me) that it's a sign from the unconscious part of the mind. It’s not really that surprising. Although I think it’d be a mistake to obsess on it, it’s interesting and sometimes useful to notice when it does happen.