“It is certain that the inanimate objects by which you are surrounded have a direct action on the brain.” Jules Verne

I recently travelled through Amiens, in the North of France, and of course, I visited Jules Verne’s house—now a museum. As a reader and a writer, it was an interesting trip, and one I recommend.

Whenever I visit someone’s house, I can’t help but look at the books they have, and am always a little disappointed when I can’t see any—not even an e-reader. But Jules Verne was a book lover. 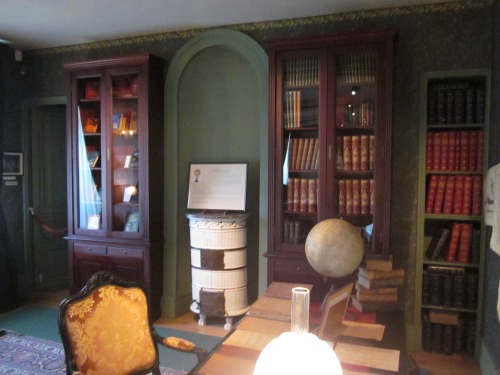 I think many book lovers dream of having a library (it’s one of my goals). Jules Verne achieved that goal, and his library was, for me, one of the most interesting parts of his house.

I don’t think all of his books were on display, but I wasn’t disappointed by a lack of books. He lived here (2, rue Charles Dubois in Amiens) from 1882-1900. Obviously well before the internet made research easy, and if you ever visit, you can see how he researched many of his books.

As far as I know he didn’t travel much himself. There’s a story of him attempting to run away to sea, with his father rushing to the port to pay the ship’s master to have him released from his contract.

His library includes sets of encyclopedias, many volumes of books on geography, on Africa and other parts of the world, as well as many maps of the world—an obsession I share.

He also had books by Charles Dickens—a favourite author of mine.

Apart from the books, certain parts of Jules Verne’s house resonated with me: his obvious love of nature, ships, and of fantastical adventures. Even more than his library, I loved his Winter Garden, a conservatory he built, and presumably sat in for relaxation and inspiration.

His dining room, which was still decorated as it was when he lived there, gave me a small glimpse into his life, too. He had no shortage of wine glasses—apparently he and his wife liked to entertain. 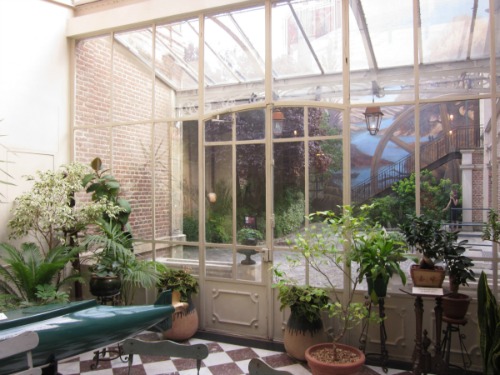 The naval theme is one that resonates with me, too. I’m not a sailor, and the navy in my stories sails in outer space, but I’ve always loved stories set on boats and water, whether rivers, lakes or the sea. And I loved the great metal model of the Nautillus which is on display in the house.

Although I don’t think my writing style’s been influenced by Jules Verne, some aspects of my stories have. I’ve always loved the idea of exotic worlds deep beneath the Earth’s surface. And Journey to the Centre of the Earth—both the film versions and the books themselves—impressed me when I was a child.

The idea of worlds deep beneath the surface have stayed with me and have certainly influenced some of my stories—particularly my second novel (The Darkling Odyssey).

The naval theme is one that resonates with me, too. I’m not a sailor, and the navy in my stories sails in outer space, but I’ve always loved stories set on boats and water, whether rivers, lakes or the sea. And I loved the great metal model of the Nautillus which is on display in the house.

My website is in no way a travel guide, but on a practical note—don’t visit on Tuesday morning, as I did, as it’s closed. For practical information you should visit the Maison Jules Verne website.

While we’re here, I should mention that Amiens is worth a visit in its own right. The canal district (Saint-Leu—sometimes called Little Venice) is beautiful, and has good bars and restaurants; as is Amiens Notre Dame Cathedral.

According to Jules Verne its a “levelheaded, polite and even-tempered town, the society is cordial and enlightened. It is close enough to Paris to benefit from its reflection without the insufferable noise and sterile agitation.”

He wrote this in a letter to a friend in 1871. And it’s certainly more relaxing than Paris. 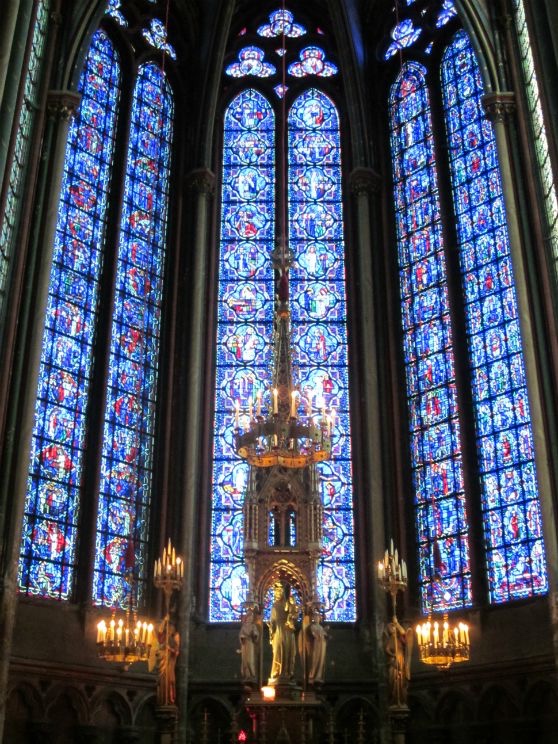 The house doesn’t look special from the outside, and I nearly missed it. But don’t be put off by that—the interesting stuff’s inside. 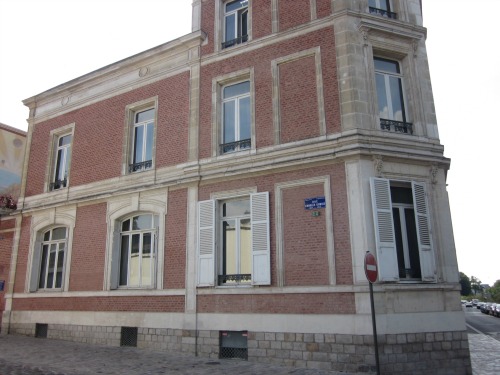