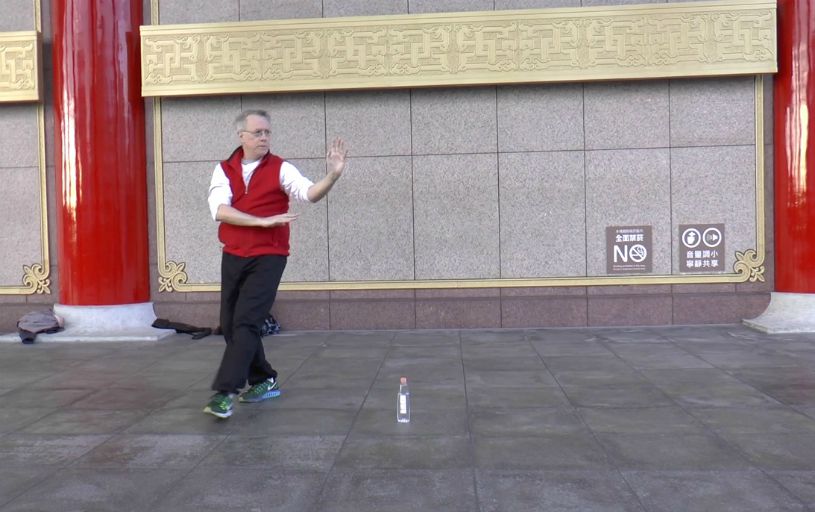 For example, in kung fu you learn to develop and apply power by using your body as one, and developing a twisting energy that starts in the feet and spirals through your body until it reaches the fist.

Actually, in kung fu, the whole body is thought of as a fist.

In the magic manipulation of energy, I’ve used similar ideas. Magic begins in the ground (and is mostly from the planet), and spirals through the practitioner’s body, and is then released.

Kung fu is direct. You start from where you are. There’s no getting into position or stance first—that’s just for the movies. And from whatever position you’re in, you move, punch, kick, whatever. Magic is the same—no fancy dances or screams—you just act.

Learning spells for magic is as useful as learning forms is for fighting—they have a use and sometimes help, but won’t train you to fight.

Kung fu techniques can be divided into point, line and plane techniques.

Point techniques are when you strike (punch, poke, kick, elbow etc) a point on an opponents body.

Line techniques are when you lead along a line. For example, if someone kicks you, you might move slightly away, following the line of the kick, and running your arm along your opponents leg, and then hooking the foot. This would be a line technique.

Plane techniques are invasive techniques where you take complete control of the opponents body, such as in throws or some take-downs.

I used these concepts to develop magic that blasts a point; magic that can run along a line, perhaps leading another magical attack astray; and violent magic that takes complete control of another’s body and magic, throwing them away from you.

Willpower is needed in most parts of life. To begin most things you need a little willpower, just like starting the car needs the ignition to start the engine, and going out to exercise needs the initial push, so to does magic need some willpower to ignite it. 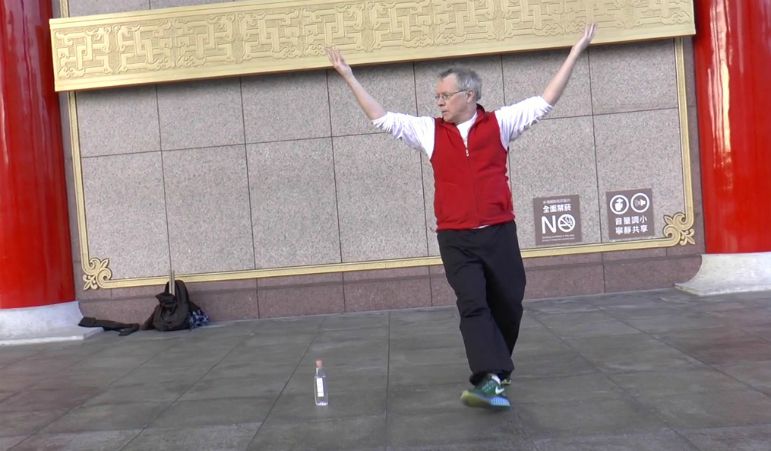 My own opinion has been influenced by my teachers, experience and thoughts on martial arts (LINK), and is that external and internal are levels of martial arts, not different styles. For example, in tai chi (the most famous of the internal styles) beginners must still learn the external techniques of using their bodies first, and then learn higher level techniques later—although internal training begins earlier in tai chi than in an external style. Similarly, in external styles, the practitioner must still use internal techniques—although the focus at the lower levels is much more external.

External and internal magic are not separate forms of magic but levels of magic. Start with simple spells to focus the mind, then simple actions and projections of magic. Later body and spirit become integrated and all the body becomes a magical fist.

Sometimes you see funny videos on you tube showing people using mind power, or a master simply raising his hand, and the student attackers stagger back or drop to the ground.

Those are fake. I suppose the power of suggestion has something to do with it, and the need to please, and the wish for it to be true.

But in a fantasy novel, we have magic—and its fun to play.

Many Styles of Martial Arts, Martial Magic, and Magic

Martial arts have many styles; kung fu alone has a few hundred. These developed because of personal and cultural differences between fighters and fighting teachers. Different styles suit different people according to their physique, character, and sometimes just a feeling.

Magic styles are the same—many developed. And the choice of a magic style is often related to the character of the practitioner. Styles of kung fu have their own unique character and feel: mizong is active, baji is powerful etc. Magic styles, too, have their own distinct feeling.

Lucy loves animals, is naturally intuitive (she was an intuitive tarot reader before she was taken to the planet of Prometheus) and is a natural empath. So for her, to develop intuitive animal communication was a natural step. She loves animals and they love her.

Thomas studied geology and environmental science at university; he’d always had an interest in the outdoors, so giving him rock magic (a branch of earth magic) felt the right choice. He also studied baji quan, a powerful style of kung fu, before travelling to Prometheus (alluded to but not described in the novels), which helped him develop his particular style of martial magic.

This is not to say that the above have no place, they do—just that they won’t improve your fighting ability.

I’ve adapted this idea for martial magic. In martial magic, as in martial arts, the ability to use a few techniques is much better than a superficial knowledge of hundreds.

As with kung fu (or martial arts in general) it’s impossible to master more than a few styles (although you can gain something from experimenting with different styles once you’ve already mastered one). One style is enough for most people because most people simply don’t have the time to learn more than one.

And the same is true for magic. Neither Thomas nor Lucy would have the time to master more than one or two styles of magic—not if they want to have their adventures on Prometheus.

Many of the types of magic I’ve discussed here I use in my stories; some are still in my imagination and are waiting for suitable stories to develop into full fictional magic. If you want to see some real kung fu—take a look at the videos of my present kung fu teacher, Damon Hwang, on You Tube. Also see my article, Mizong and Magic.