Mizong is a style of kung fu I love and practice for health and fun. I’ve also learnt its applications, but—as I’m a writer of fantasy—this article is about mizong, magic and my fantasy. Still, it’d be strange not to describe the martial art first. And I link to some of my teachers, whose kung fu is far better than mine. 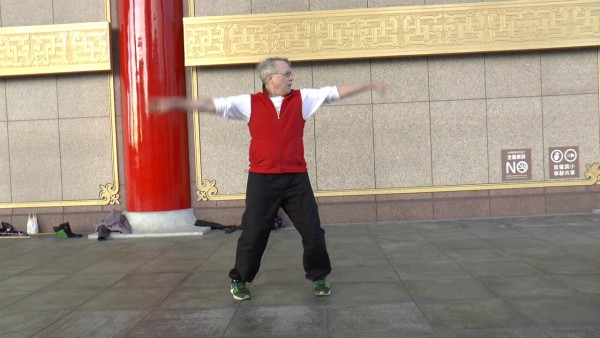 Me practicing in Taipei

Mizong is a Northern Chinese style of kung fu—one of the many styles within the Long Fist family. It translates into English as something like lost track boxing. My basic kung fu training was actually in traditional long fist (although I studied martial arts before that), and my first serious kung fu teacher (Adam Hsu) often compared learning kung fu to other parts of education; he talked about students studying either a single honours (studying one style of kung fu), a joint honours (studying two styles) or a major/minor where students major in one style but also practice another. You can also have many supplementary styles, too. You can read his article on long fist here. I like this way of thinking, and for me, mizong is my minor.

Every style of kung fu has its own character: mizong’s character is active, tricky, unexpected, lively and fun when practiced. It also includes sudden changes of direction. As with ba gua—the opponent is the centre of a circle, and the defender moves around the attacker.

Which is different from some very powerful styles, such as baji quan or chen tai chi, where the defender is the centre of the circle. Here, the opponents are powerfully thrown away. While the power in mizong is not as great, it’s enough to do the job.

For anyone wanting serious mizong practice, watch the videos on Damon Huang’s You Tube page. Damon has been my teacher for over a decade, and on his page you can see a couple of videos from when he was younger: Mizong One (the elementary form) and Mizong Two (the advanced form). You can also see a later video where he introduces the style to an audience and demonstrates some of the applications. 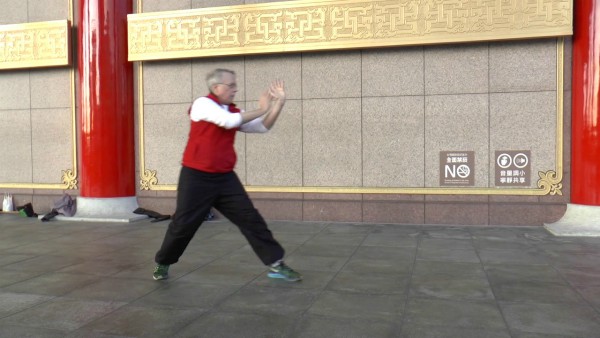 In my book of magic: my notebook of magic, I use kung fu as an analogy for some aspects of the magic in my fantasy world.

For instance, in long fist, a related style, one of the characteristic postures is the holding of the rear hand behind and at head level. This is not a strange backwards punch, but a method of mental training. It trains you to hold your attention in different directions at the same time. My magic system has taken on this type of training.

Just as the choice of kung fu system depends partly on your body type and personality, so does the choice of magic system—and my characters have style suiting their character: Thomas learns rock magic (I always imagined him learning baji quan before he was taken to another planet), and Lucy learns a kind of nature magic.

Power generation is an important aspect of kung fu, and so it is in any system of magic that I develop. They don’t all need the same level of power, but they need enough to do the job—just as mizong circles the opponent and needs less power than Chen tai chi, so some systems of magic need less power, but because of their nature can still be effective.