Shiding’s the right place to write about rock magic—stones and rocks litter the river, and it feels magical. The name of the town means stone, and it’s a place that’s inspired some of my deepest underground fantasy and worldbuilding—my very magical version of Journey to the Centre of the Earth—The Darkling Odyssey. 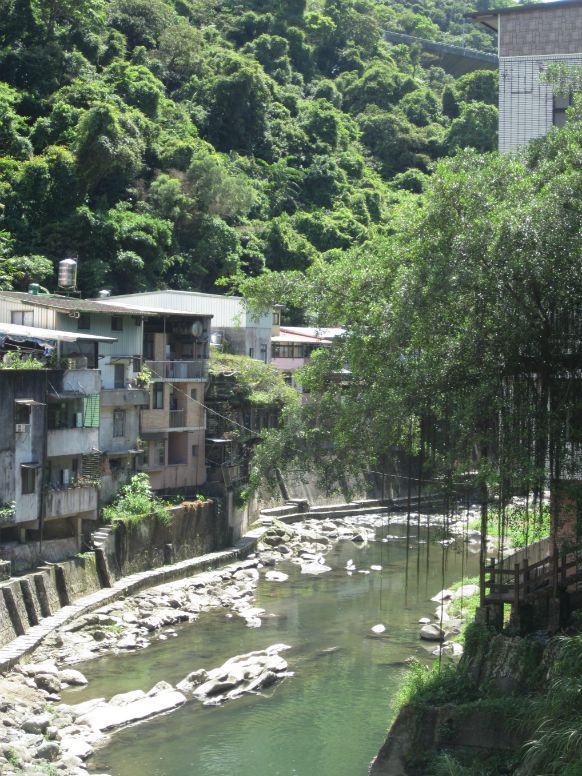 Shiding is close to nature

It’s a place of natural beauty, and the old town itself has an unaltered old street that takes you back in history, with a hundred year old stone house, and scenes that could come from a fantasy novel.

Shiding used to be famous as a coal mining town and tea production centre. The coal mining has gone, and the tourists have come. The tea remains.

The nature around the town is rich, and I’m surrounded by the sounds of the forest, and the river, while I write.

Once, I was practicing mizong on my rooftop, which overlooks the forest, when I saw a fuzzy green tennis ball fly from the trees. I had no idea what it was until it landed on the roof—a very big praying mantis. The idea of ball-like creatures rising from the ancient forest came from this and other similar experiences.

Shiding Old Street also inspires. It’s how I imagine medieval style streets could be. In nearby Shenkeng, the old street has been reconstructed to look like an ancient and colourful Chinese market street (and it’s attractive), but in Shiding, the old street has retained its old style and is more interesting. 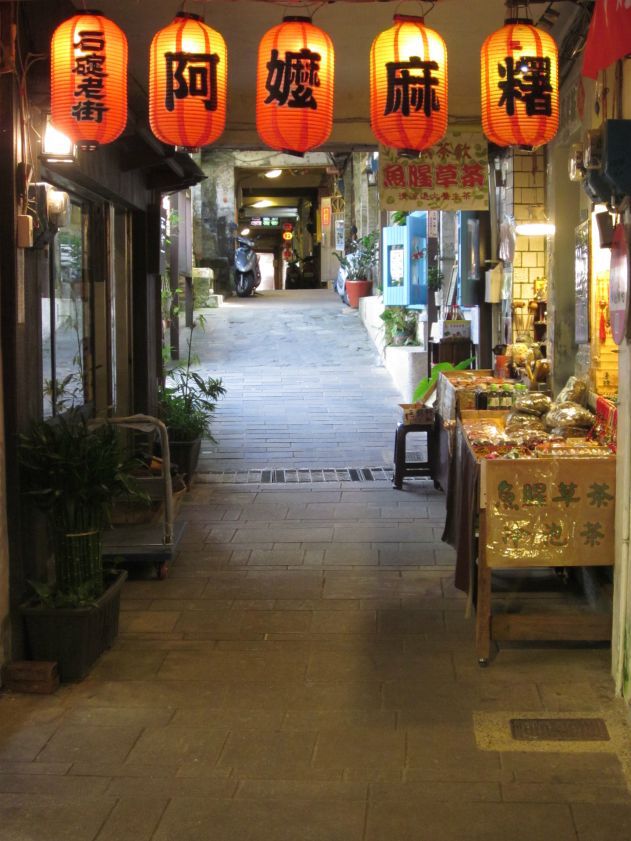 There are old shops and small eating places. I mentioned the hundred year old stone house. Anyone can walk inside, it’s free to look, and you can see the old cooking utensils and implements, and also a bomb shelter built from the stone by hand. 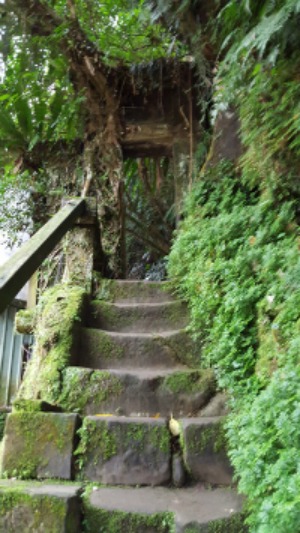 Steps behind the 100 year old house in Shiding

If you take the old stone steps at the back of the house, they’ll take you to a magical doorway to a tiny garden (now wild) with a stone table and seats. A place where people once sat, told stories, and drank tea. Look up and you’ll see the roots of trees hanging down. 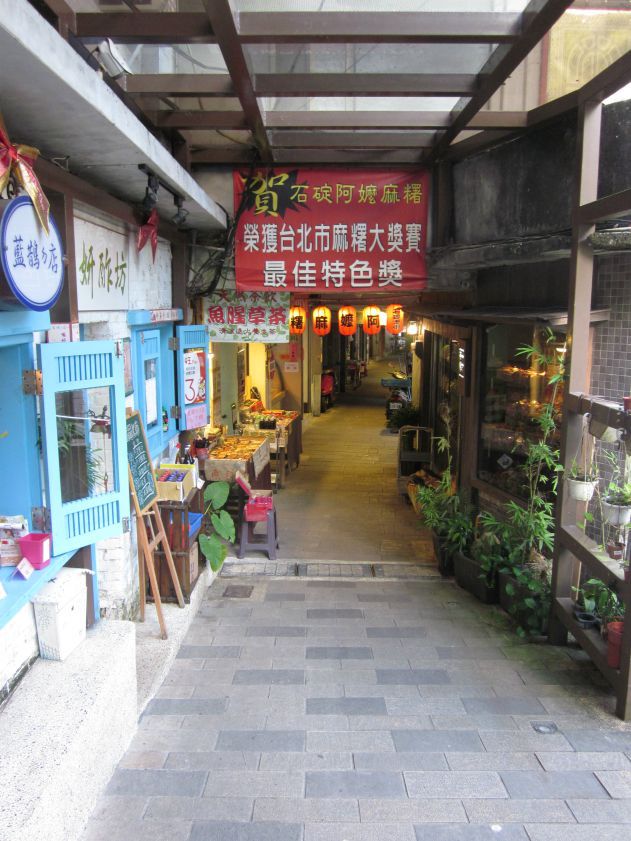 In reality it runs along the edge of a valley, and the street’s roof protects you from the summer’s sun and the winter’s rain.

Adding to the medieval fantasy feel of the town, there’s also a working blacksmith at the end of the street. Walk to the end, then cross the road and keep on walking. He’s on the left. 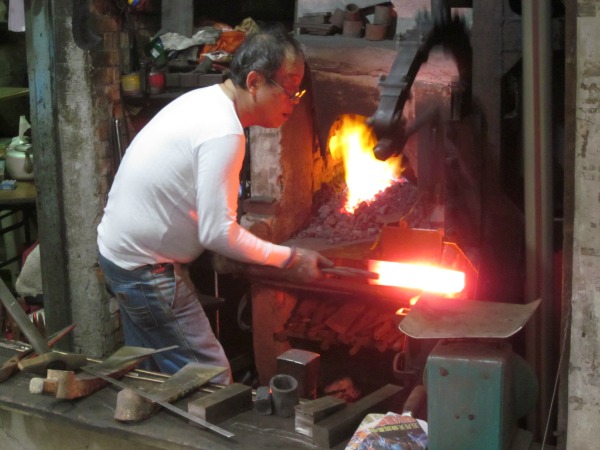 Shiding is one of the few example I’ve seen in Taiwan of a square with an open air cafe in the middle. I’ve often drunk tea and outlined stories in the outdoor cafe. 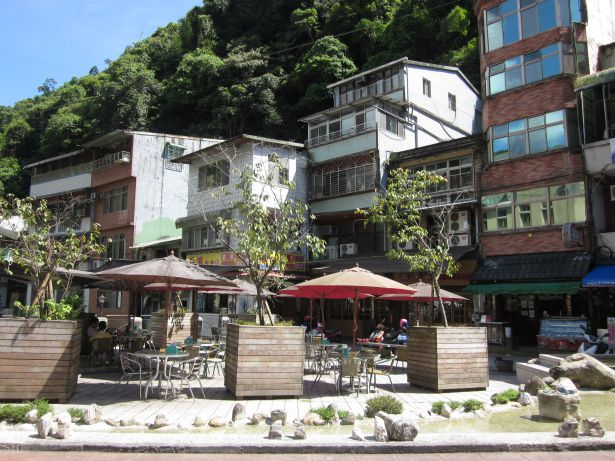 And tea is one of the staple drinks on the planet of Prometheus. The types of teas (and glasses, cups and implements) I’ve drunk in Shiding, in other parts of Taiwan, and around the world, also sneak into my fantasy world.

My website is in no way a tourist site, but for those interested, the only bus here is the pink 666 from Jingmei and Mucha MRT stations—enjoy the ride.

And there would be something missing if I didn’t mention that Shiding is famous for tofu—and has a famous tofu restaurant. There’s also a good rice dumpling shop opposite the small bridge with a statue of a miner pushing a cart.

And I forgot the art gallery, and the many hikes of incredible beauty—I could keep going, but this isn’t the Shiding Wikipedia page nor a travel article…

A rock dragon lives on the edges of Shiding… 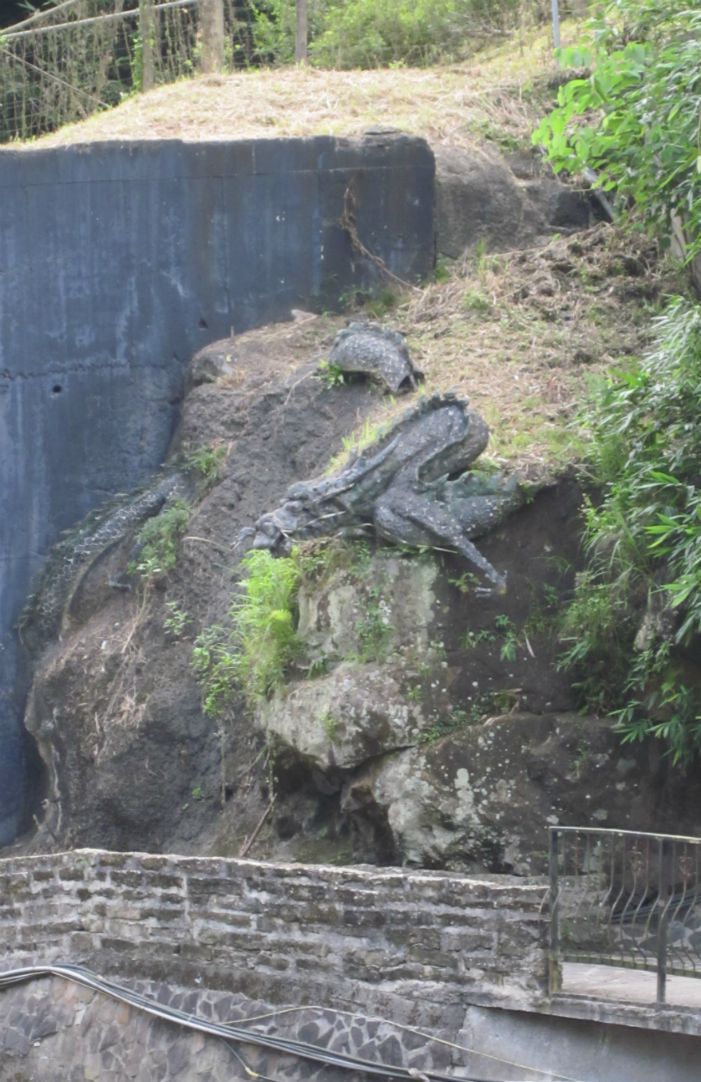