Jules Verne’s characters found passages to the centre of the Earth. In the science fiction film, The Core, the method was quasi-scientific, and quite fun (although the film wasn’t received well because it wasn’t seen as being scientific enough—which was true).

In The Darkling Odyssey, the journey is possible because of magic. And because the planet lends power to the protagonists. 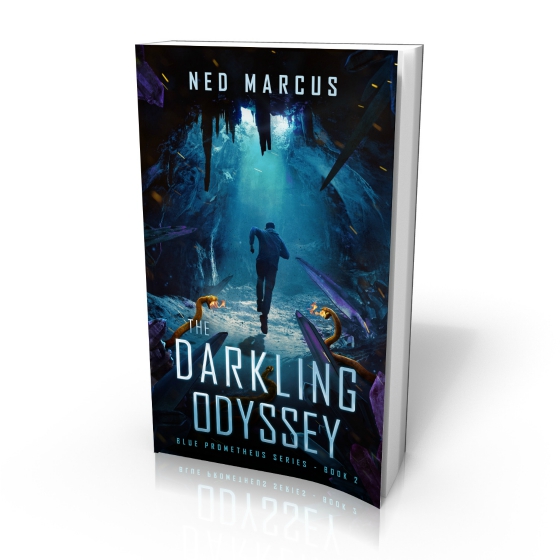 Inspiration for The Darkling Odyssey

In my travels around the world, I’ve explored many underground cities, and some cities that just have the feeling of being subterranean. Many of these inspired me when writing The Darkling Odyssey.

China has underground malls that you can walk through for hours. Turkey has ancient underground cities in Cappadocia, with tunnels and caverns carved out in the rock deep underground. I've sat deep beneath the surface in dining rooms cut from rock and stood in an underground church. These cities have intricate defence systems, including security points where the defenders in the past would roll great stone wheels down into the passages, blocking them the attackers.

Taiwan has ultra-modern underground shopping malls that stretch for kilometres.

Shiding Old Street is a covered market street and is relatively short, but in my imagination, when I walk along it, I could be deep within the planet. 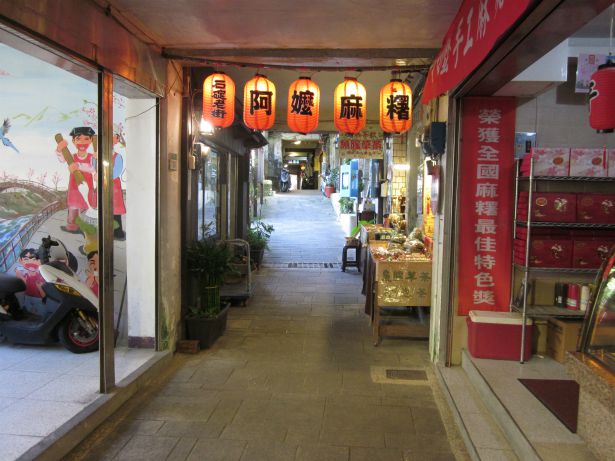 Short Extracts from The Darkling Odyssey

Here are a couple of short extracts from the novel.

Lucy has a highly developed psychic sense, and her empathy is literal empathy. She literally feels the emotions of others. Here she's deciding whether or not to use her gift in a particularly dangerous situation.

“Empathy had its benefits, but sometimes barriers had to be established, and she was sure that opening herself to the emotions of a reptile bred to kill was not wise. But she realised that many things she’d done in her life were not wise.”

As in the first book, she develops a close relationship with the natural world including its animals. This quote is from a scene when Thomas overhears Lucy speaking to a pair of fish as he and his friend are attempting to escape from a very difficult situation…

“Two large white fish had answered her call, and she was giving them careful instructions…They agreed to do what she asked; she had a way of persuading animals to help in many ways…he smiled as she told the fish to take no chances, and to dive deep at the first sign of trouble.”

“‘We’ve lived for eighty years in this river. We can protect ourselves.’ The fish moved away from them, slowly rising closer to the surface…”

Here's the book description to give you a better idea of the story.

Thomas Brand is imprisoned in darkness, deep beneath the surface of Prometheus. When Aina died to save his life, so did the magic and hope within him.

But when a fiery creature visits him in the night, telling him that Aina lives, and demanding that he descend to the centre of the planet to where she waits—and to take the magic fire—Thomas begins to question his beliefs of life and death.

The discovery that his friend, Lucy, might still be alive, and the arrival of dark sorcerers intent on killing them, forces him to attempt escape, and to consider the dangerous journey to the centre of Prometheus.

Could Aina really be alive?

Where To Buy The Darkling Odyssey

If you feel inspired to read The Darkling Odyssey (much recommended) the most popular book links are below, but first a disclaimer. I use Amazon affiliate links on my website. If you buy anything through these links I make a small commission (your price remains the same).

You can read my article on Fire Rising, the final book in the trilogy.

“the action takes place in the underground layers of the planet which gives the whole book an alien, surreal feel….calls up vivid images straight out of underworld mythology.…I was quite captivated by the expansion of their psychic and magical abilities…” Erin MacMichael (Amazon US)

“…it was amazing. A must read if you liked Young Aina.” Deb (Goodreads)